Magnetic Island, is a granite-based island rising to 497 m at its highest point. Offshore from Townsville it provides a popular retreat for residents and visitors alike.

The island, 11 km at its widest with a coastline of 40 km, was named by Captain James Cook in 1770 when he believed the magnetic compass on his ship ‘Endeavour’ was being affected by the land mass.

Over half of Magnetic Island, is national park and the landscape is rugged and features large granite boulders and teaming with native wildlife. 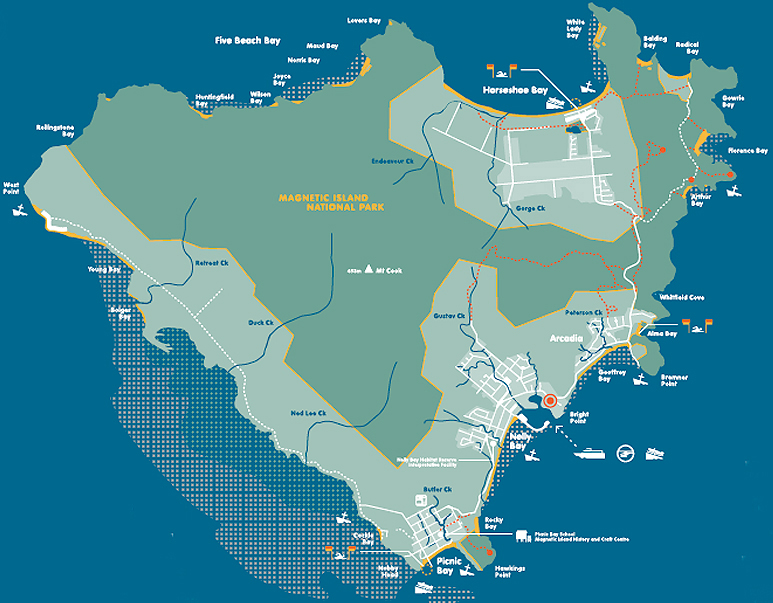 The main vegetation type is an open eucalypt woodland of bloodwoods, stringybarks and grey ironbarks. Poplar gums are white-barked eucalypts with large roundish leaves. Hoop pines are common on rocky headlands. Bright yellow native kapok flowers appear in early spring when leaves are absent on the tree. Small pockets of rainforest are found in sheltered gullies. 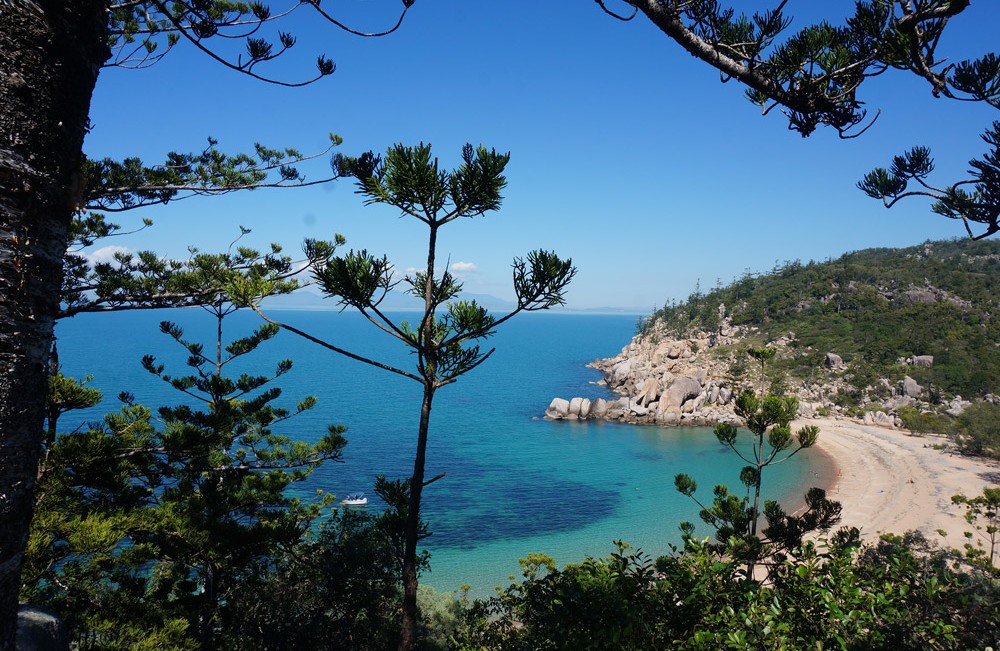 Nelly Bay to Arcadia (5 km, 2.5 hours)
Starting from the end of Mandalay Avenue in Nelly Bay, the track leads through a pocket of rainforest, then climbs gradually, following the gully alongside Gustav Creek to the saddle between Nelly and Horseshoe Bays.

The walk from Nelly Bay to the saddle and back can be a most interesting 45 minutes. For those interested in a longer walk, the track continues along a ridge through open eucalypt forest with views over Horseshoe Bay. The track then branches one route leading to Horseshoe Road where you can continue on to other tracks detailed later. The other passes through an area frequented by numerous bush birds and then to Arcadia. A short side-trail on top of the hill above Arcadia leads to Sphinx Lookout.

Forts carpark (Horseshoe Bay Road) to the Forts – 2km – 30 mins
Diverging from the start of the Radical Bay road is a track which follows a ridge behind the bays. At the summit is a complex of gun emplacements, observation and command posts built during World War 11 and offers superb views of the bays below. To the north are the Palm Islands and to the south is Cape Cleveland and Bowling Green Bay National Park.

Horseshoe Bay to Balding Bay (1.5 km, 30 mins) and
Radical Bay (1.7 km – 30 mins)
At the eastern end of Horseshoe Bay beach is a track which climbs through a steep gully of closed forest to open eucalypt ridges. At the crest the track branches, one winding down to secluded Balding Bay, the other continuing to Radical Bay.